A banana pudding so good it will make you do bad things.

We had friends visiting from New York last weekend and one of the requests that they made was real Texas BBQ, and lots of it. We had made about 10 suggestions and they had a few that were nationally known but the one place that I wanted to take them to first was Rudy’s. Billing themselves as the “Worst Barbecue in Texas” they started as a gas station, garage and general store just north of San Antonio in the town of Leon Springs. Rudolph Aue, the son of the original owner, added BBQ to their offerings in 1989 and it proved to be more popular than either the groceries or the gas so they morphed into a their current form which is a gas station, convenience store and very large BBQ palace. Having traveled to every town of note in Texas and many that are not worth mentioning I noticed the tradition of the country store/gas station where the owner, or one of his buddies, sets up a pit out back and has good BBQ for sale. I could never resist pulling over and getting a chopped beef sandwich or a pound of brisket or ribs for the road whenever I saw the telltale smoke rising from the back of a gas station. All 4 of the Rudy’s locations in Austin still follow this basic model but done as professionally and in as grand a style as you could imagine.

The thing that I love about Rudys, aside from the high quality of their meat, is their consistency. Unlike most roadside joints they serve hundreds of pounds of meat a day and have a number of meat cutters and servers behind the counter. They also have a schtick that they go through with newbies. If you tell them it is your first time the server shouts out “Rookie” and then all the rest of the servers and cutters shout out “Hey rookie rookie” and they bring you samples of some of the meat, usually the lean brisket, the extra moist brisket which is cut from the fat cap, and smoked turkey. Poorly sliced brisket can be a disaster, which makes skilled cutters vital. All of the cutters at Rudys are well trained and do a uniformly excellent job.

I tricked my friend Mitch into telling the server that it was his first time and he got the Rookie routine even though I knew what we were getting the minute we walked in. After we got our samples we ordered half a chicken, a hot link, a half rack of baby back ribs, a pound of brisket, some coleslaw, potato salad and creamed corn and one banana pudding. The banana pudding at Rudy’s holds an unnatural attraction for me and led directly to one of the most infamous incidents in my professional career.

As a printing sales rep I worked for a company who had 4 sales reps and we used to curry favor with the production staff by buying them pizza and breakfast tacos and occasionally Rudy’s BBQ. On a bright sunny fall day one of the other sales reps had taken the production staff to Rudy’s for lunch and came back with a big box of leftovers, which is often the case because over ordering is par for the course at Rudy’s. As they walked by my office with the leftovers I noticed several of the yummy Rudy’s banana puddin’s perched atop the box. As 4:00 in the afternoon approached I heard a tiny voice in the back of my head somewhere in the vicinity of the pleasure center. It wanted something sweet. It wanted something creamy. It wanted something rich and delicious and forbidden. Banana Puddin’ it whispered. I must have the forbidden banana puddin’.

Protect yourself and others with properly marked food in community refrigerators

The hall was empty and quiet at the end of the day as I wandered nonchalantly into the break room. I checked the sludge in the bottom of the coffee pot, took a quick peek over my shoulder to make sure the coast was clear and opened the fridge. Staring back at me on a shelf all by itself was a single perfect banana puddin’. A spasm shook me as my better angels reminded me not to take something from the fridge that wasn’t mine. The demon on my other shoulder told me that it was a leftover. It would be no good tomorrow. It wouldn’t be missed. You worked hard today and deserve the puddin’. It’s your precious puddin’. Yes, my precious! As my demonic lust for this delectable desert overcame logic and reason I lunged for the puddin’ and set in motion a tragic series of events that would lead to unemployment, heartache and humiliation.

Cupping the contraband to my side I casually made a beeline for my office. Once inside I popped open the top and dug a spoon in deep making sure to get a perfect bite of banana, pudding, nilla wafer and whipped topping. It was better than my twisted imagination had promised. The second bite was even better than the first. I scarfed the puddin’ with the determination of a junkie knowing he would soon be on the nod. When I finished it I leaned back in my chair, sighed contentedly and threw the empty Styrofoam carcass into the garbage can next to my desk.

About a half hour later I heard a commotion in the break room. Someone was cussing up a storm using all of the really bad words. A moment later one of the production guys, who I will call Bluto to protect his loved ones, stormed into my office and went straight for the garbage can. He looked at the empty Styrofoam cup with the sparse yellow banana remnants on it and his face contorted into a horrible mask of pure rage. 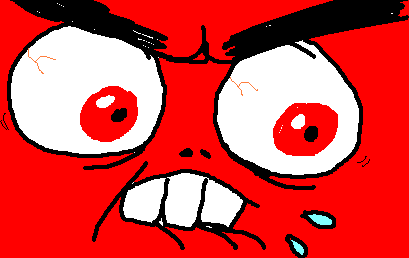 Apparently Bluto had bought two extra banana puddin’s at Rudys with his own money because he also craved this creamy seductress as much as I did. Unfortunately for the both of us he couldn’t control his temper. He let rip with a stream of profanity and whipped the small plastic trashcan at me with all his might. At point blank range a head shot would have caused significant damage but it whizzed about a foot over my head and put a six inch hole in the sheetrock. The boss, whose office was just around the corner ran into my office to find out what the ruckus was all about. Bluto screamed “Goldstein ate my banana puddin'” in a voice similar to that of a petulant third grader. The boss looked at me sitting behind my desk, a professional in a necktie blushing with shame. “Did you eat Bluto’s banana puddin'” he asked with a look of exasperation on his face. All I could do was fess up. “Yes boss, I ate Bluto’s banana puddin’.” The Boss gave me a priceless look of mingled anger, humor and disgust and told me to replace the puddin’ I had stolen. He then turned to Bluto and sent him home and suspended him without pay for the next day for attempting to do serious physical harm to me over a $1.29 Rudy’s banana puddin’. Bluto was never the same after that and within a month he was no longer with the company. I on the other hand would always be remembered in certain circles as Alan “Banana Puddin'” Goldstein.

Our meal at Rudy’s with Val and Mitch was completely uneventful, aside from a roadrunner spotting and a few drips of sauce on our shirts. We ate as much of the superbly prepared meat as we could and we all shared the single banana puddin’ without coming to blows over the last bite. I can honestly say that I have been tempted from time to time to pick the shrimp out of someone’s leftover Chinese food or chug down half of their bottle of soda but I always remember Bluto and the Instant Karma of the banana puddin’ and I close the fridge and walk away.

6 Responses to The Instant Karma of Rudy’s Banana Puddin’